This page describes several ways to build and install GNSS-SDR. 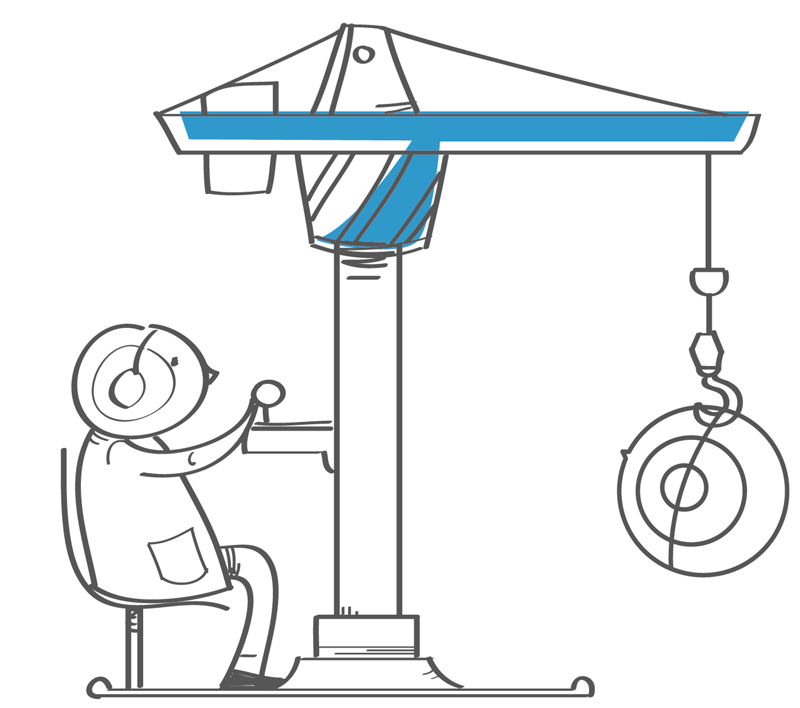 Installing everything through software package managers

GNU/Linux distributions based on Debian

Starting from Debian 9 and Ubuntu 16.04, you can install GNSS-SDR just by doing:

However, even on very recent distributions, the latest packaged GNSS-SDR version is often at least months behind the latest developments, and the same applies to its dependencies. In order to get access to the most recent features and bug fixes, you might want to build the software from the source code.

The good part: This is the easiest and fastest way to get GNSS-SDR installed in your system. Just a single line in your terminal will do all the work for you.

The downside: GNSS-SDR package updates need to undergo an acceptance process before they are included in the different distributions, so it might not be the ultimate version of the source code. The same applies to dependency libraries.

If everything went fine, you can directly jump into how to get your first position fix. If your Operating System release still does not include the GNSS-SDR package, you can build it from source.

If you are using macOS 11 Big Sur (or Mac OS X 10.9 and above), and the Macports package manager, GNSS-SDR can be installed by typing in a Terminal:

This will install the latest stable release of GNSS-SDR.

You have another option here!

If everything went fine, you can directly jump into how to get your first position fix. Or maybe you might prefer other options, such as using Homebrew instead of Macports as a software package manager, or building the source code manually. For more details of GNSS-SDR on macOS, please check the README.md file.

Is it better to compile from source or to install from a package? Here we provide some guidelines. The rule of thumb is: Always consider installing from standard packages of your Operating System first; only compile from sources if you know exactly why you need to do that.

GNSS-SDR and its software dependencies can all be installed either by downloading their source code, building and installing them in your system, or by installing the corresponding software package. Under GNU/Linux, the package manager may vary according to the distribution you are using (.deb for Debian-based distros, such as Ubuntu, Linaro and Raspbian; .rpm for Fedora / SUSE / Mandriva; etc.). In Mac OS X, the most popular open-source package managers are Macports and Homebrew. In all cases, a possible option for a quick jump into GNSS-SDR is to install all the dependencies from packages, and then building GNSS-SDR from the source code.

But maybe this approach does not fit your needs. Maybe you already have some dependency already built from source and want to use it, or your setup requires some specific flag somewhere. This is a building-time vs. fine-tuning trade-off. In order to take the adequate approach, just remember this basic rule:

Software packages require that all their dependencies must be also installed from packages.

The good part: The advantage of compiling from source is that you can compile packages with certain flags/options which may be missing or disabled in standard packages. Also, it makes it easy to have multiple versions of the same program installed. Also, you can choose an exact version of a package that may be already removed from, or not yet present in, your OS repositories.

The downside: The disadvantage of compiling from source is that the usual cmake .. && make && sudo make install procedure keeps your package manager completely unaware of the changes you are making, so you are not going to get automatic updates for the manually-compiled software, and it is possible that package manager will later override/break your package if you are not careful to install it in a separate location.

Some highly automated tools that can do some of the work for you are described below.

If you are using Debian 8, Ubuntu 14.10 or above, this can be done by copying and pasting the following line in a terminal:

Note for Ubuntu 14.04 LTS users: you will need to build from source and install GNU Radio manually, as explained below, since GNSS-SDR requires gnuradio-dev >= 3.7.3, and Ubuntu 14.04 came with 3.7.2. Install all the packages above BUT EXCEPT libuhd-dev, gnuradio-dev and gr-osmosdr (and remove them if they are already installed in your machine), and install those dependencies using PyBOMBS, as explained below.

Once you have installed these packages, you can jump directly to clone, build and install GNSS-SDR.

This option is adequate if you are interested in development, in working with the most recent versions of software dependencies, want more fine-tuning on the installed versions, or simply in building everything from the scratch just for the fun of it. In such cases, we recommend using PyBOMBS (Python Build Overlay Managed Bundle System), GNU Radio’s meta-package manager tool that installs software from source, or whatever the local package manager is, that automatically does all the work for you. Please take a look at the configuration options and general PyBOMBS usage. Here we provide a quick step-by-step tutorial.

First of all, install some basic packages:

Add list of default recipes (i.e., instructions on how to install software dependencies):

Download, build and install GNU Radio, related drivers, and some other extra modules into the directory /path/to/prefix (replace this path by your preferred one, for instance $HOME/sdr):

This will perform a local installation of the dependencies under /path/to/prefix, so they will not be visible when opening a new terminal. In order to make them available, you will need to set up the adequate environment variables by sourcing the setup_env.sh script:

Now you are ready to use GNU Radio and to jump into building GNSS-SDR after installing a few other dependencies. Actually, those are steps that PyBOMBS can do for you as well:

By default, PyBOMBS installs the ‘next’ branch of GNSS-SDR development, which is the most recent version of the source code. This behavior can be modified by altering the corresponding recipe at $HOME/.pybombs/recipes/gr-recipes/gnss-sdr.lwr

In case you do not want to use PyBOMBS and prefer to build and install GNSS-SDR step by step (i.e., cloning the repository and doing the usual cmake .. && make && sudo make install dance, as explained below), there are still some missing dependencies (i.e., Armadillo, GFlags, Glog, GnuTLS and Protocol Buffers) that can be installed either by using PyBOMBS:

or manually, just downloading, building and installing them. More details are available in the README.md file.

Once all the dependencies are installed in your system, you are ready to clone the repository, build the source code and install the software in your system:

The step git checkout next is optional, and sets the source tree pointing to the next branch, which is the most recent development snapshot. If this step is omitted it takes the master branch by default, which contains the latest stable release, and maybe some bug fixes.

In addition, CMake accepts a number of configuration options for your building process. For instance, if you want to compile your source in “Debug” mode instead of the default “Release”, you can type:

and then CMake will add the debug flags appropriate for your compiler. There are more options that can be of your interest, such as the addition of extra drivers for RF front-ends not included by default, implementations of signal processing blocks that take advantage of your GPU, addition of experimental features, the building of optional QA code, and so on. Check out the available building configuration options documentation for more details.

If everything went fine in the building process, now you can jump into how to get your first position fix.

Ninja is a small build system with a focus on speed, that can be seen as a replacement for make. If the parameter -GNinja is passed to CMake, it generates a build.ninja file (instead of a Makefile) that is used by the Ninja build system to compile and link the source code. Thus, after cloning the repository, the build workflow is:

In general, the compilation time when using Ninja is comparable to that when using Make for a full build, although its performance is quite platform dependent. Ninja is specially targeted to improve performance in large projects and for incremental builds, so it seems to be a good replacement for Make especially for developers who need to often recompile the source code. In Debian-based GNU/Linux distributions, it can be installed by doing:

On macOS, Ninja can be installed using Macports:

More information about Ninja usage can be found in the Ninja Manual.

Clang is a compiler front end for C, C++ and other programming languages. It uses LLVM as its back end, and it is designed to be able to replace the full GNU Compiler Collection (GCC). Under macOS, this compiler is used by default. In GNU/Linux, it can be used to build GNSS-SDR in replacement of GCC.

In Debian/Ubuntu-based distributions, Clang can be installed by doing:

Other packages specifying the Clang version, such as clang-3.4, clang-3.8, clang-4.0, clang-5.0, …, or clang-15 could exist for your distribution, check its documentation. Once installed, its use can be configured by passing the following parameters to CMake:

of course replacing 15 by the actual version installed in your machine. Some distributions drop the version number, so you may just have /usr/bin/clang++ and /usr/bin/clang.

If you have the Ninja build system installed, you can build GNSS-SDR replacing GCC and make by Clang and Ninja:

Xcode is an integrated development environment (IDE) for macOS containing a suite of software development tools developed by Apple.

In order to build GNSS-SDR with Xcode, pass the following parameter to CMake:

You can also build from the command line:

Snaps are Linux packages aimed for Ubuntu or Ubuntu-like distros. Snaps are self-contained packages that bundle the application and all the libraries and runtimes it needs, and can be updated and reverted without affecting the rest of the system. Snaps are confined from the OS and other apps through security mechanisms, but can exchange content and functions with other snaps.

Visit https://github.com/carlesfernandez/snapcraft-sandbox for instructions on building your own snap package of GNSS-SDR, or install it directly from the Snap Store:

Docker is an open-source tool designed to make it easier to create, deploy, and run applications by using containers. Docker containers wrap a piece of software in a complete filesystem that contains everything needed to run: code, runtime, system tools and system libraries, and ship it all out as one package. This guarantees that the software will always run the same, regardless of any customized settings that the executing machine might have that could differ from the machine used for writing and testing the code. Using containers is another way of packing applications, in a much lighter weight and with a much faster delivery model than using Virtual Machines.

Releases of Docker images with GNSS-SDR already installed are available from the Docker Hub.

We provide a Software Development Kit (SDK) based on OpenEmbedded for cross-compiling GNSS-SDR in your desktop computer, producing executables that can run in embedded platforms, such as a Zedboard or a Raspberry Pi 3. OpenEmbedded offers a best-in-class cross-compile environment, allowing developers to create a complete, custom GNU/Linux distribution for embedded systems.