This movie was beautifully crafted by les3ines, and it also available in Spanish and Catalan.

Visualization created with gource and based on the upstream repository https://github.com/gnss-sdr/gnss-sdr.git.

On December 6, 2013, GNSS-SDR appeared at GPS World, an essential reference for professionals in every tech field that uses or seeks to use global positioning, navigation, and timing. You can also check the original page: 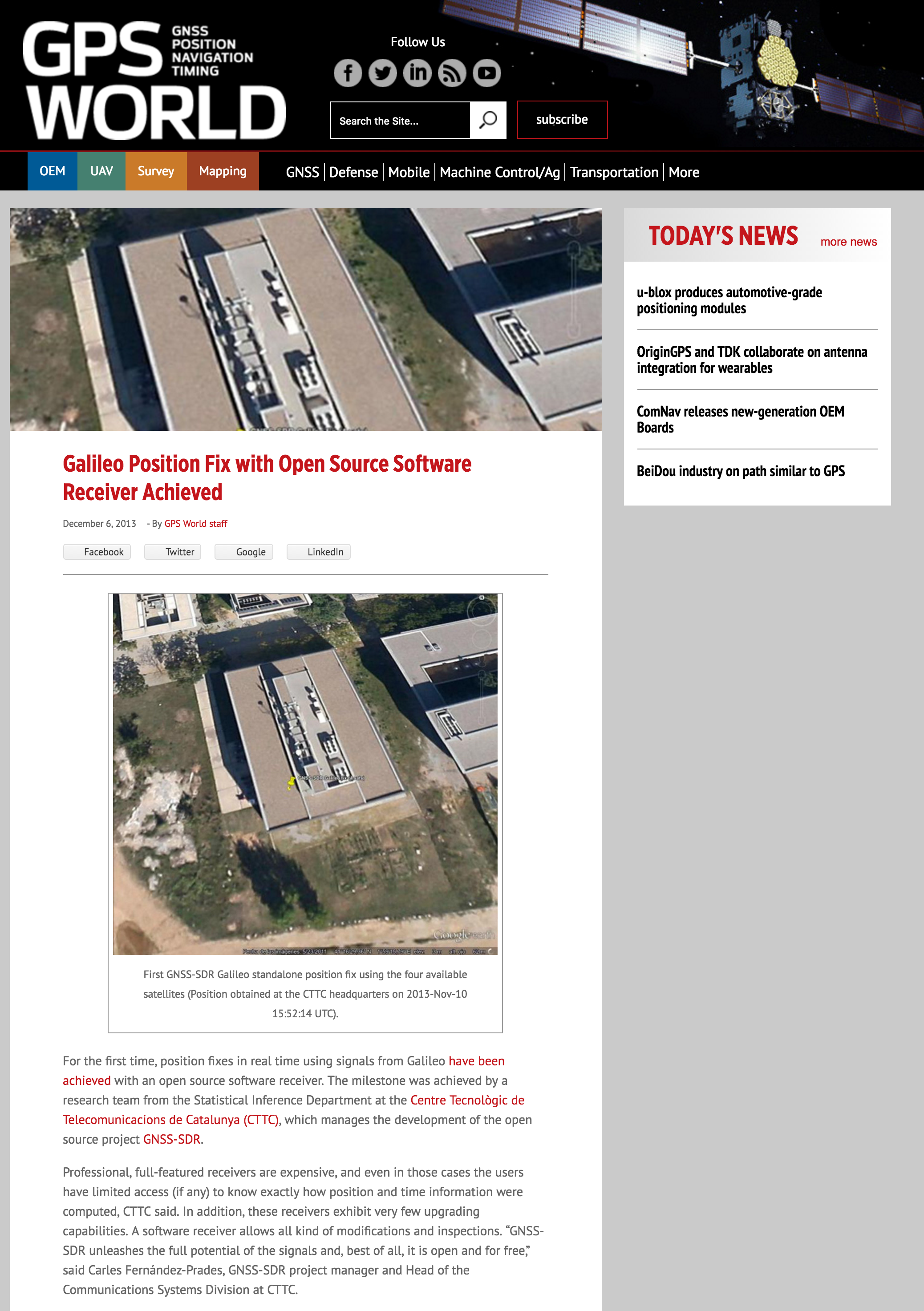 The European Space Agency acknowledged CTTC as one of the first 50 users of the Galileo system: 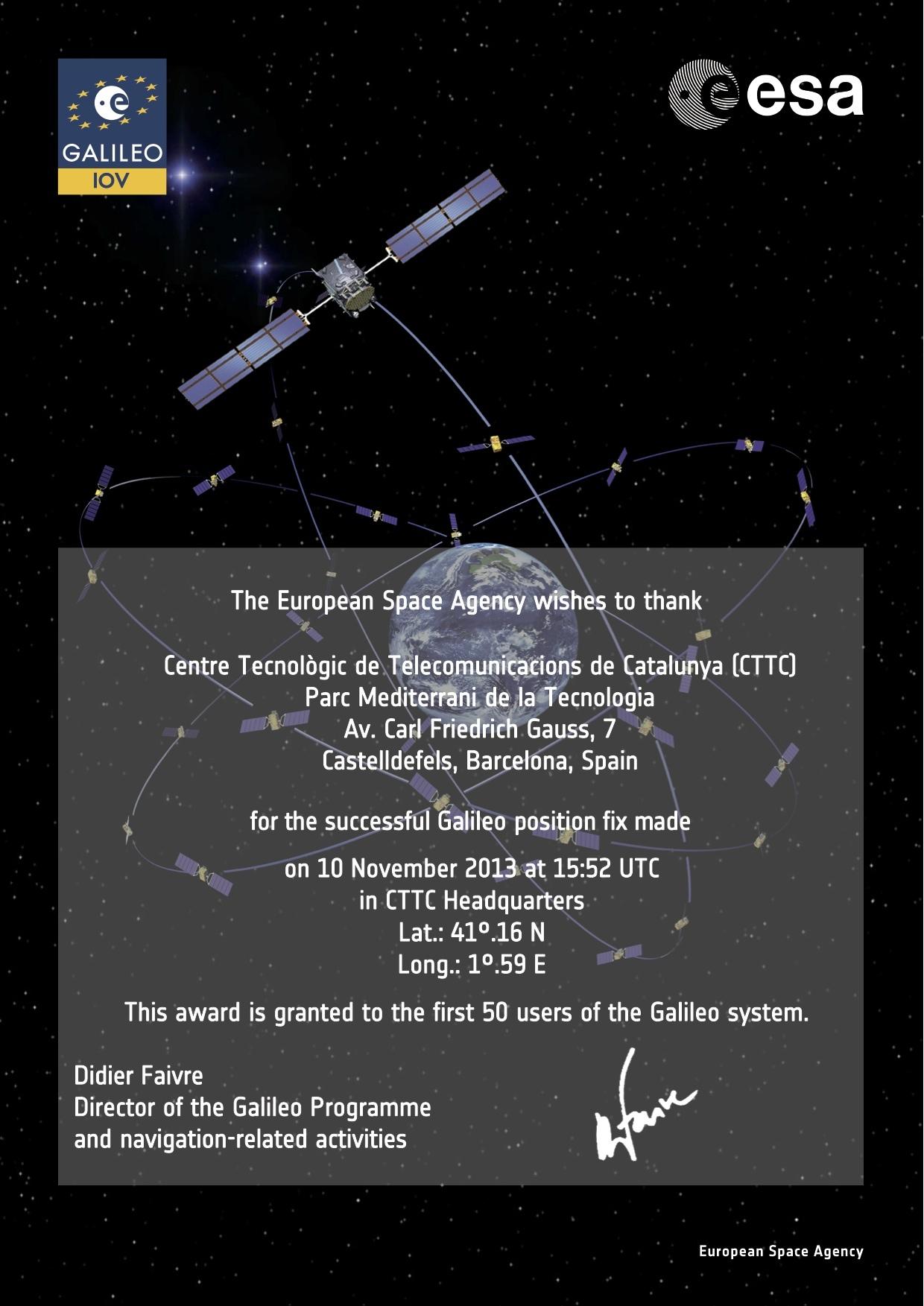 On August 19, 2012, GNSS-SDR was mentioned in Hackaday, a popular blog about hardware and software hacks. 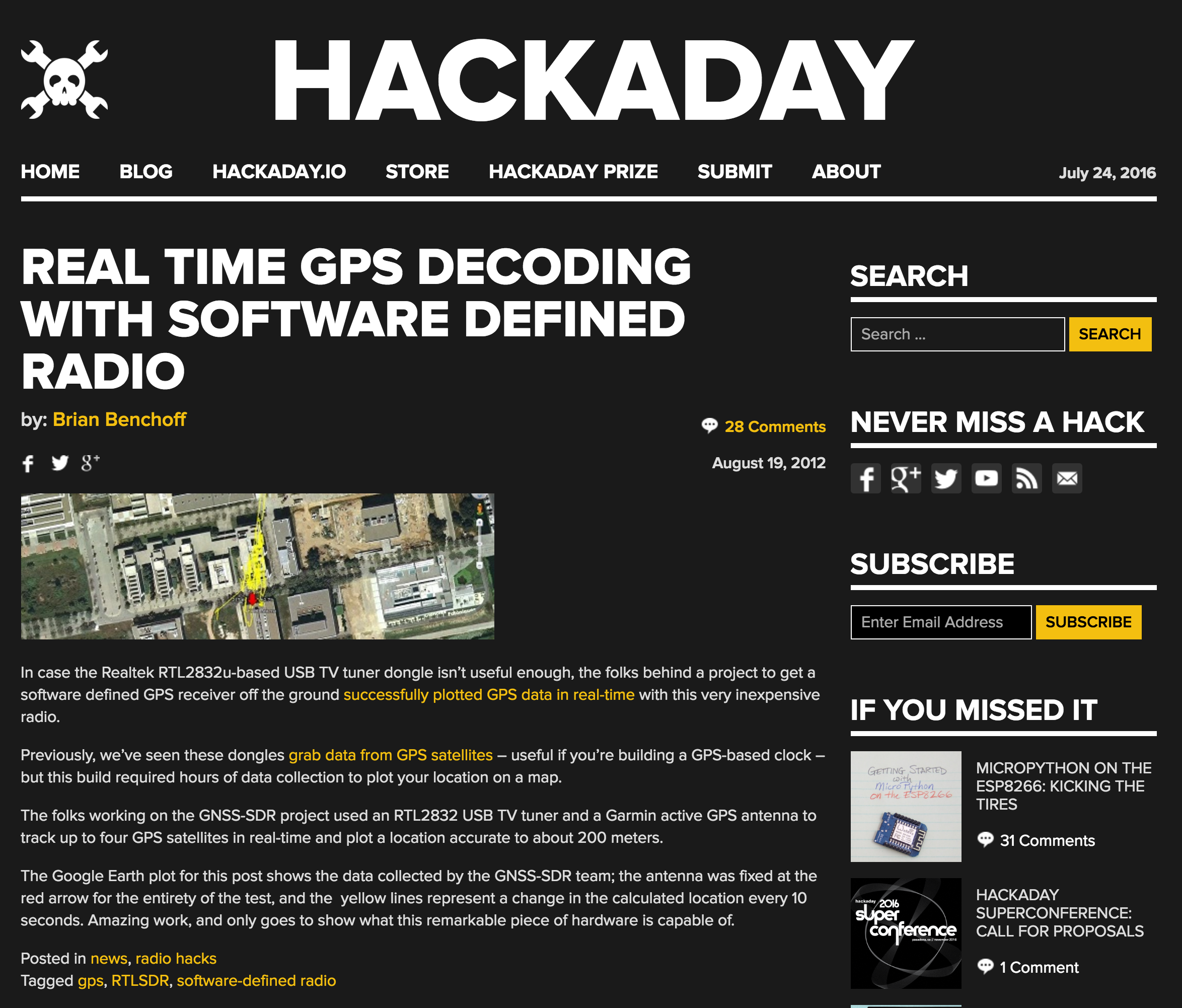