Repeatability is related to the spread of a measure, also referred to as precision. It refers to how close a position solution is to the mean of all the obtained solutions, in a static location scenario.

The difference between accuracy and precision is shown below: 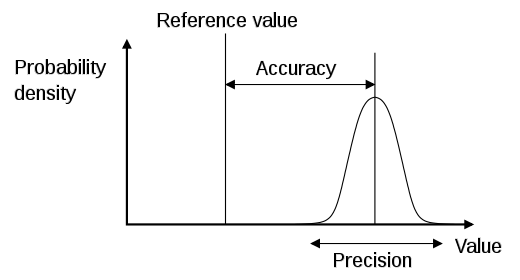 Although the two words precision and accuracy can be synonymous in colloquial use, they are deliberately contrasted in the context of the scientific method. Source: Wikipedia.

Most common precision metrics are defined below:

which are the same expressions as those defined for accuracy, but now the standard deviations are not referred to a reference value but to the mean of the obtained results: 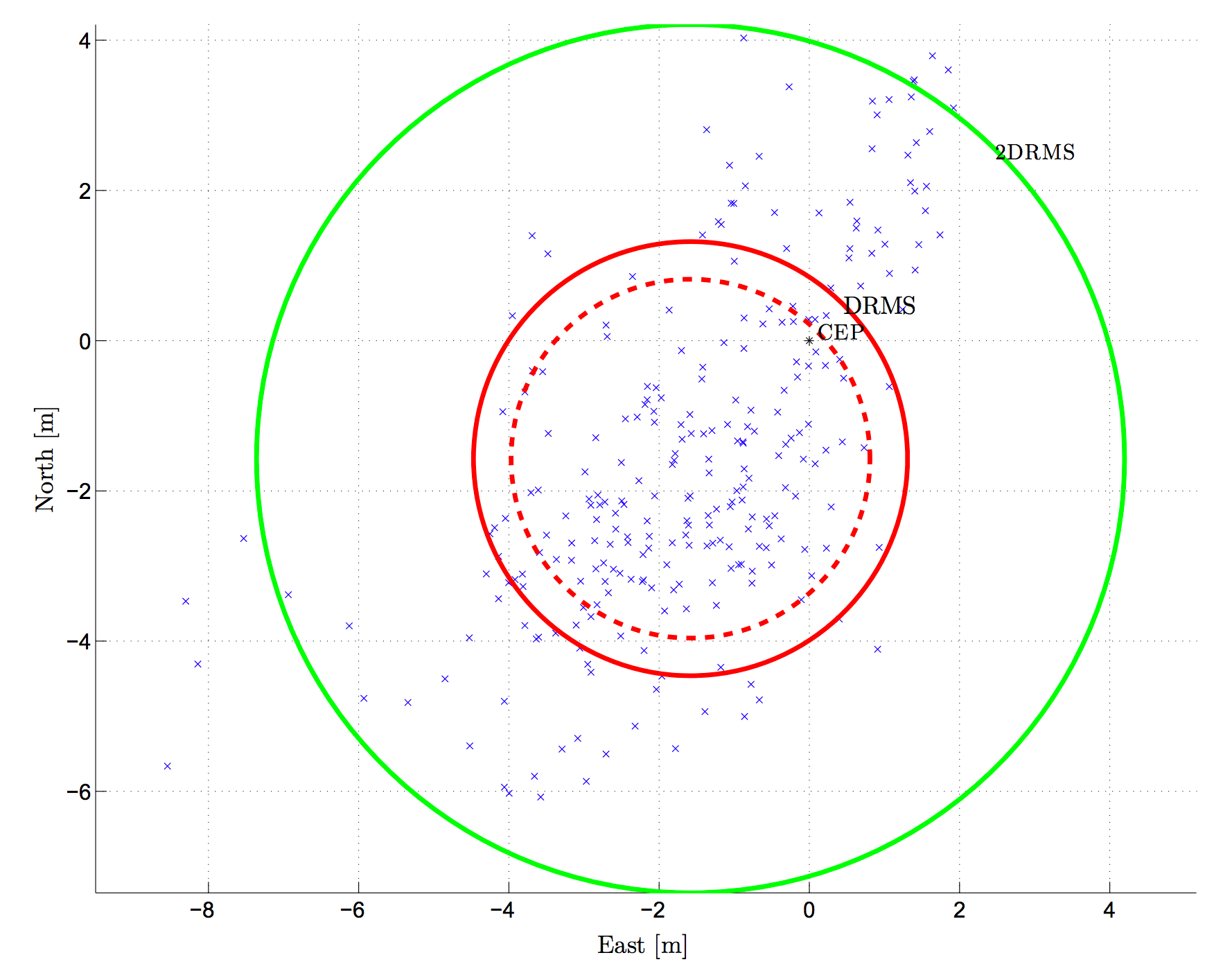 2D position scatter plot and the circles containing 50 %, 65 % and 95% of position fixes (corresponding to the CEP, DRMS and 2DRMS precision errors, respectively)1.

It follows a list of possible repeatability indicators for a software-defined GNSS receiver:

Monitoring the internal status of the software receiver

This tutorial describes how to monitor the internal status of GNSS-SDR.

Documentation on how to build and run the testing code.